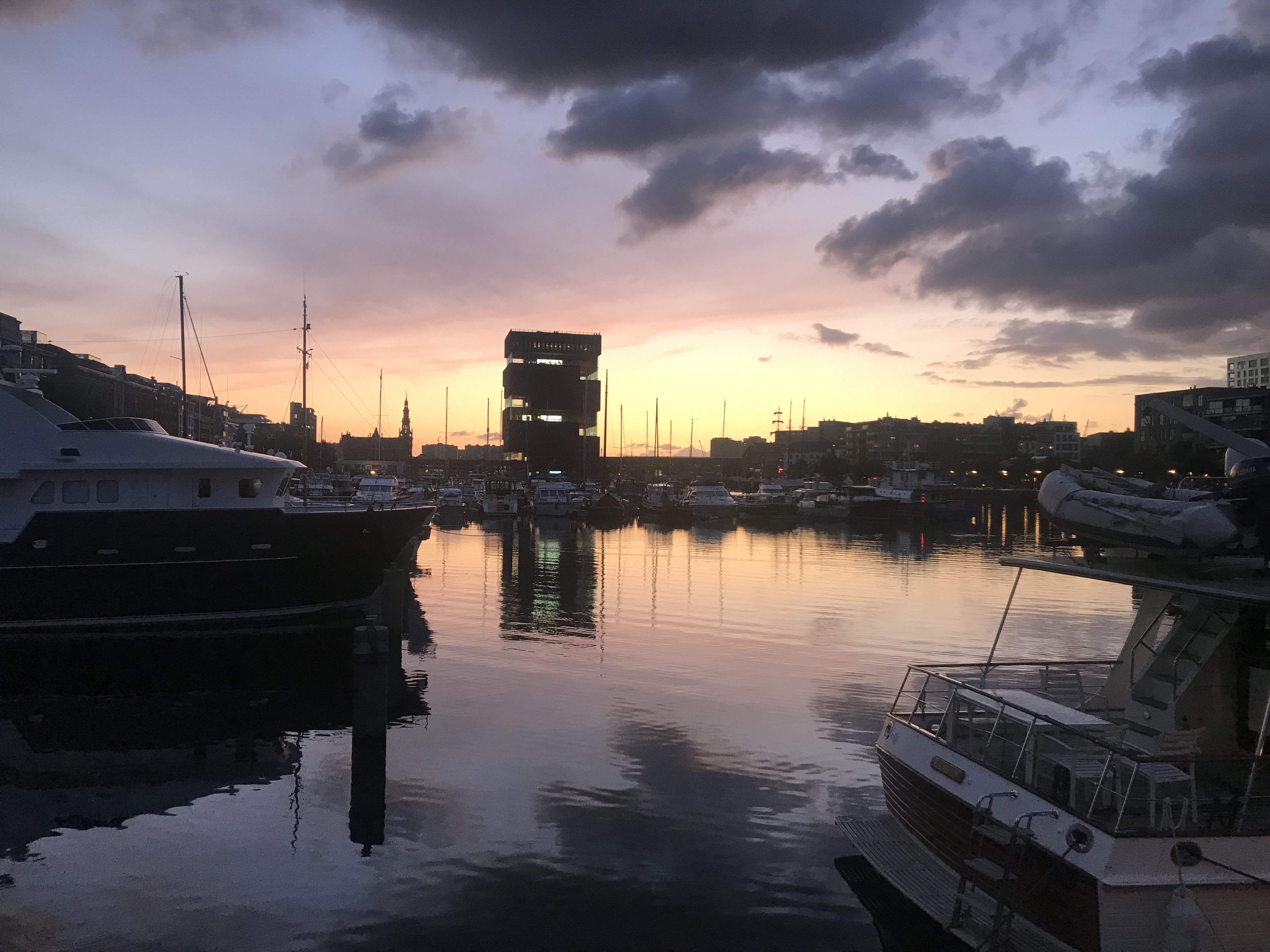 28 May Storytelling in Virtual Reality

Posted at 15:05h in Uncategorized by Julia Bruton 0 Comments

A summer at the University of Antwerp in 2019 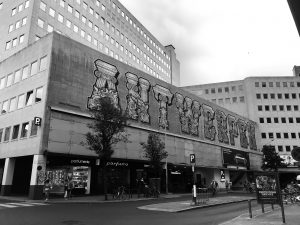 Sinnema is taking on new shores – our funded VR project „The Matriarx“ is taking us to new technical and content developments. To widen my knowledge and to connect with the VR community I attended the summer school of the University of Antwerp – and took the class: Storytelling in VR. Let me say this: I was a blast! The course itself had its focus on the development of content – which is rare, because many times the focus would be more on technical aspects. I needed this also for the development of „The Matriarx“. The group kicked off the course with a 3-day catch up of the actual status quo of VR, with an intense exchange on different content and technical aspects together with the class members, and with artists, producers and technical supervisors. Neither Kristof Timmermann nor Silvia van Aken, both heads of the class, saved money or effort in gathering members of the active VR community. To name a few: Vitalijus Zhukas showed his artistically ambicious project „Trail of angels“ inspired by the work of Lithuanian creator, Mikalojus Konstantinas Čiurlionis. Vitalijus also talked very honest with us about the production situation. This is vital to bring a scene and a business forward that is standing literally at its beginning. 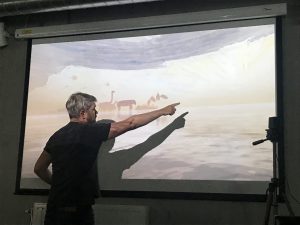 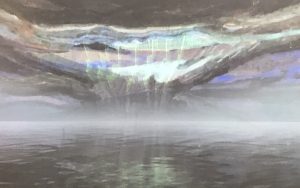 Jens Franssen kicked of a controversial debate, as a journalist from the Netherlands he brings a big passion for VR – yet he doesn’t praise a huge future within this medium. His 360° documentary Ryad’s war oil is well know within the journalistic community and yet he sees the actual future of journalism within the medium of radio. That stands opposite to the opinion of Mathias van Dosselaer, co-founder of yondr, which is THE studio at the moment for VR productions in Belgium. Yondr also started an onlince vr education course and we had the privilege to use the material they normally charge people for.

After those 3 days of marvellous exchange and introduction we started as teams into our work on a individual VR experience. The only boundary we had was time: 9 days to finish something. My team consistent of an animation artist from Iran, a technical allrounder from Ireland and a student from Antwerp. With us the humor was right and so we dived into understanding and learning more about VR. We decided on an animated piece rather then a 360° filmic work. The university had our back and our focus in the group helped kicking out the fear of failing and we jumped right into our project „navigating the noise“. I got familiar with Unreal – a game engine like Unity only with a more design based approach. Moykul from Ireland was so nice as to share some insights into approaches to workflows which I put in my tool box of knowledge. Creating and planing for VR has quite uge similarities to theater productions: You got one room at a time and need to create the 6DOF there. What made us do some planing with simple chords on the floor.

Besides the production part what was important to me about the time in Antwerp was the fruitful and intensive exchange of ideas with the other participants of the class; to have like minded people and develop ideas and thoughts over a new medium is like bread for the artist. Otherwise you get so isolated with yourself and your visions. So Antwerp was a big leap for me from the point of production and the point of development too.

If the Gartner Hype Cycle will come true 2020 is THE year vor VR – and for „The Matriarx“. We will keep you posted. Stay continued… 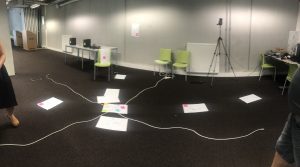